REVENGE OF THE RED CLUB

A tween reporter discovers an important and beloved club at school is being shut down—and uses the power of the pen to try and activate some much-needed social change in this period-positive and empowering middle grade novel about the importance of standing up for what you believe in.

Riley Dunne loves being a member of the Red Club. It’s more than a group of girls supporting each other through Aunt Flo’s ups and downs; it’s a Hawking Middle School tradition. The club’s secret locker has an emergency stash of supplies, and the girls are always willing to lend an ear, a shoulder, or an old pair of sweatpants.

But when the school administration shuts the Red Club down because of complaints, the girls are stunned. Who would do that to them? The girls’ shock quickly turns into anger, and then they decide to get even.

But wallpapering the gym with maxi pads and making tampon crafts in art class won’t bring their club back. Only Riley can do that. Using the skills she has cultivated as her school paper’s top investigative reporter (okay, only investigative reporter), she digs for the truth about who shut the club down and why. All the while dealing with friendship drama, a new and ridiculous dress code, and a support group that is now more focused on fighting with each other than fighting back.

Can she save the Red Club before this rebellion turns into a full-scale war?

What happens when your cool virtual-reality game . . . becomes REAL?
Pokémon GO meets The Goonies in this action-packed middle-grade series.
Monsters Unleashed—where you catch virtual-reality monsters on your cellphone—is one of the hottest mobile games around, and Bex and Charlie just can’t stop playing. They even check out an old map in Charlie’s grandfather’s attic in hopes of discovering some forgotten places in town where the rarest monsters might hide. But they find a strange machine up there too, and after Charlie switches it on, the WiFi goes down . . . and Bex’s entire catalog of monsters vanishes! And that’s not the worst of it: all the creatures she’s collected on her phone escape into the real world. Can the friends nab the beasts before they become monster lunch?

First they took on monsters. Now they have to face ALIENS.
Come join Bex and Charlie on their second thrilling adventure in the GAMER SQUAD series!
After their scary adventure, Bex and Charlie have sworn never to play Monsters Unleashed again. Then Veratrum Games Corp releases a new augmented reality game featuring aliens instead of monsters, and the best friends just can’t resist. After all, everyone loves it, even their science teacher, because it includes real star charts. But when they go to an observatory on a class trip, and open the game near a radio telescope, they get more than they bargained for: REAL aliens. One is sweet and kind; the other . . . not so much. Can Bex and Charlie capture the bad ET before it destroys their town?

Monsters. Aliens. What’s next? Use your BRAINS and figure it out!
In their third exciting adventure, Bex and Charlie battle the living dead—ZOMBIES.
After all they’ve gone through, Bex and Charlie have no intention of playing the new zombie game that Veratrum Games Corp just released. But everyone else in town is hooked, and when a flu sweeps the school, turning teachers and students into the undead, it turns out that only non-players are immune. Now, Charlie and Bex have to find a way to save their friends and neighbors—and stop the company from unleashing more of their deadly games.

The SLEUTH OR DARE series

Unfortunately, the SLEUTH OR DARE series is currently out-of-print and can only be purchased in ebook editions. For paperbacks, check your library!

When best friends Darcy and Norah have to create a fake business for a school assignment, they come up with a great idea: a detective agency! Darcy loves mysteries, and Norah likes helping people, so it's a perfect fit.

But then their pretend agency gets a real case. Someone is missing, and it's up to Darcy and Norah to take on the search. Unfortunately, there's someone else out there who doesn't want the two detectives stirring up any trouble....

With the help of hidden clues, spy gadgets, and trusted friends, can Darcy and Norah crack the case in time?

Norah and Darcy's detective agency, Partners in Crime, is taking on a new and chilling case. The girls' classmate, Maya, is hearing strange, crackling voices coming over the baby monitor while she's babysitting late at night. Maya is worried someone might be in danger.

To help investigate, Norah and Darcy join her for a sleepover stakeout. In between eating snacks and watching TV, the girls are on high alert for anything suspicious. Soon, they stumble upon a mysterious secret they never could have imagined -- but Norah and Darcy clash over how to interpret the new clues.

Can the girls get past their differences to see their way to the truth?

Norah and Darcy are still in a fight, but crime doesn't stop just because the girls aren't speaking. Someone has set fire to their school's brand-new field house. And the prime suspect is Zane Munro, the cute boy Norah can't help crushing on.

When Zane asks Partners in Crime for help, Norah and Darcy must band together to investigate. Norah knows Zane is innocent, but the clues are not in his favor. Can she and Darcy mend their friendship, crack the case, and clear Zane's name before it's too late? 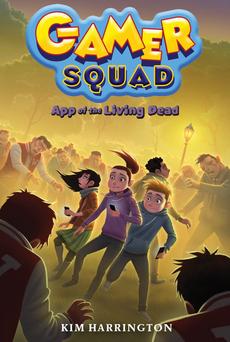 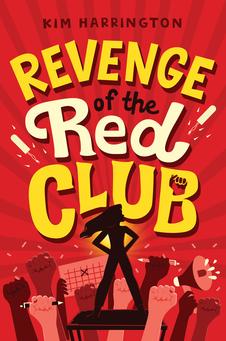 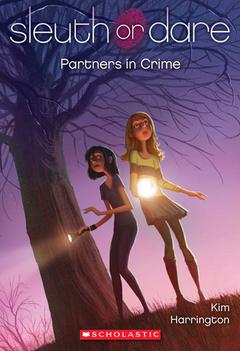 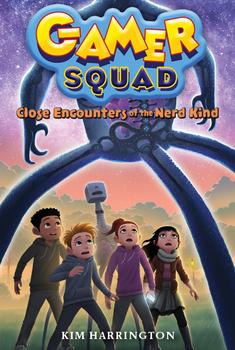 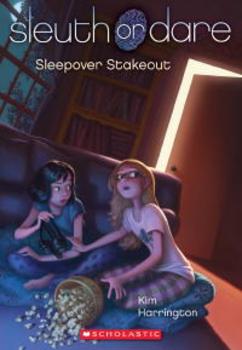 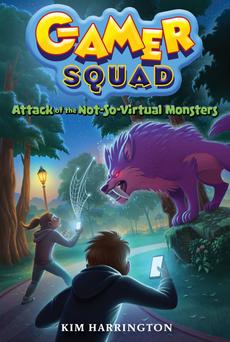 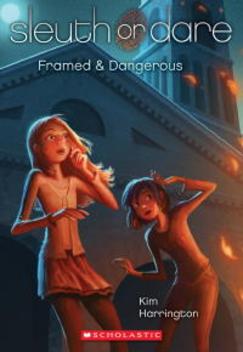