Morgan never minded her boyfriend Flynn’s dark and private nature. She found it mysterious and alluring. But now he’s dead, and she can’t move on. She feels much like her dying town, River’s End, with its overgrown amusement park and abandoned houses: once happy…now rotting away.

Hoping for some closure, Morgan uploads her only photo of Flynn to the social media site FriendShare along with a note to say good-bye. But she’s shocked when the facial recognition software suggests she tag him as Evan Murphy. She’s never heard of Evan. A quick search reveals that he lives in a nearby town and looks exactly like Flynn. Same eyes, nose, jawline. Only this boy is very much alive. Digging through layers of secrets, Morgan questions everything she thought she knew about her town, her boyfriend, and even her parents’ involvement in this massive web of lies.

Forget Me is a heart-pounding novel that draws you in and keeps you guessing until the very end.

Jade loves the house she's just moved into with her family. She doesn't even mind being the new girl at the high school: It's a fresh start, and there's that one guy with the dreamy blue eyes. . . . But then things begin happening. Strange, otherworldly things. Jade's little brother claims to see a glimmering girl in his room. Jade's jewelry gets moved around, as if by an invisible hand. Kids at school whisper behind her back like they know something she doesn't.Soon, Jade must face an impossible fact: that her perfect house is haunted. Haunted by a ghost who's seeking not just vengeance, but the truth. The ghost of a girl who ruled Jade's school -- until her untimely death last year. It's up to Jade to put the pieces together before her own life is at stake. As Jade investigates the mystery, she discovers that her new friends in town have more than a few deep, dark secrets. But is one of them a murderer?

An ALA Quick Pick for Reluctant Readers!

Clarity "Clare" Fern sees things. Things no one else can see. Things like stolen kisses and long-buried secrets. All she has to do is touch an object and the visions come to her. It's a gift.

When a teenage girl is found murdered, Clare's ex-boyfriend wants her to help solve the case — but Clare is still furious at the cheating jerk. Then Clare's brother — who has supernatural gifts of his own — becomes the prime suspect, and Clare can no longer look away. Teaming up with Gabriel, the smoldering son of the new detective, Clare must venture into the depths of fear, revenge, and lust in order to track the killer. But will her sight fail her just when she needs it most?

[perception] When you can see things others can't, what do you do when someone's watching you?

Everybody knows about Clarity "Clare" Fern. She's the psychic girl in school, the one who can place her hands on something and see hidden visions from the past.

Only Clare would rather not be a celebrity. She prefers hanging back, observing. Her gift is not a game to her.

But then someone starts playing with her head . . . and heart. Messages and gifts from a secret admirer crop up everywhere Clare turns. Could they be from Gabriel, the gorgeous boy who gets Clare's pulse racing? Or from Justin, Clare's hopeful ex-boyfriend who'd do anything to win her back?

One thing is certain. Clare needs to solve this mystery, and soon. Because the messages are becoming sinister, and a girl in town has suddenly disappeared. 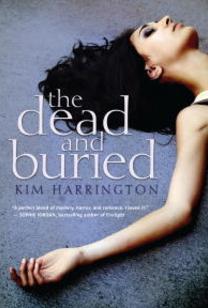 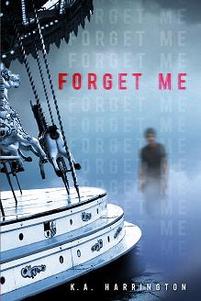 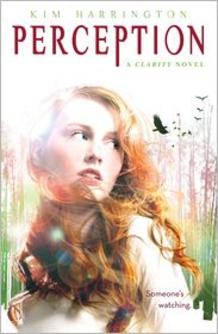 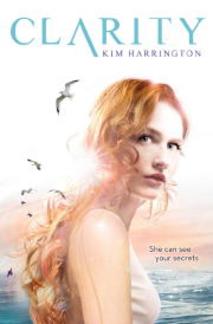